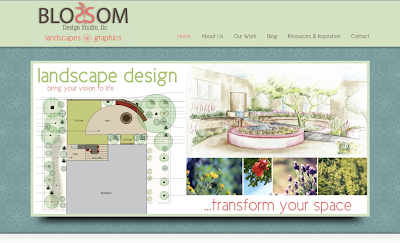 Hi Everyone. It's been such a long time and I want to let you all know that I am so thankful you've stuck around. For the past half year, I have been focusing very hard on getting my new business, Blossom Design Studio, llc. up and running. Because I am focusing my efforts there, I am no longer going to be posting to this blog.

But don't worry! I've got a new blog and it's even better. This time, I will be focusing on landscape design, gardening, plants, graphic design, and other fun design inspiration. I'll be posting more regularly and will be having guest bloggers, interviews, giveaways, and more. 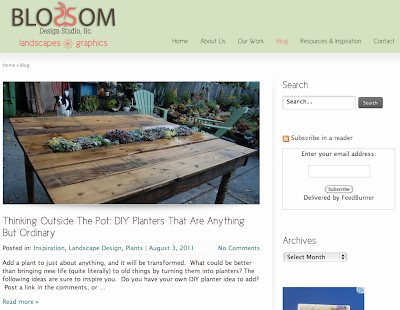 Please come join me over at The Blossom Blog. My latest post is about DIY Planters that are anything but Ordinary. Hope you come say hi!
Posted by Kim at 11:13 AM No comments:

Up and Coming...Sierra Vista Landscape Designer 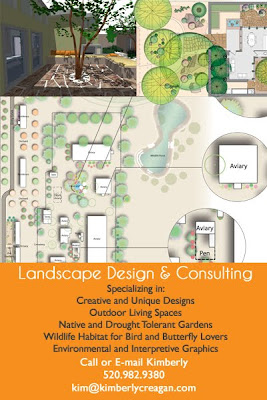 I'm in the process of developing my landscape design and graphic design business. Right now I'm working on my business plan and trying to come up with a business name. Who knew finding the right name could be so hard! I might post back here with some possible names in the hopes that some of you can offer your opinion.
I have a few projects I'm currently working on, like a winery in Sonoita and a high-end residence in Tucson. They are both a great deal of fun and a wonderful learning experience. I can honestly say, I love my job! I'll have to come back with updates and snippets of the design when I get further along. In the future, I'm hoping to get some more clients in my area that would like a well designed, functional yard and have a desire to use native and edible plants or attract wildlife.
Posted by Kim at 6:28 AM No comments:

One of my most favorite places on earth! Oh how I love thee.... 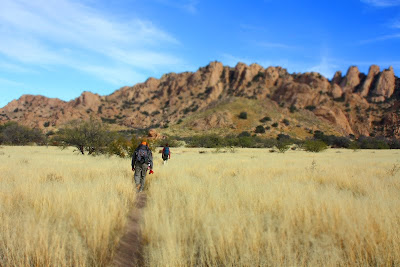 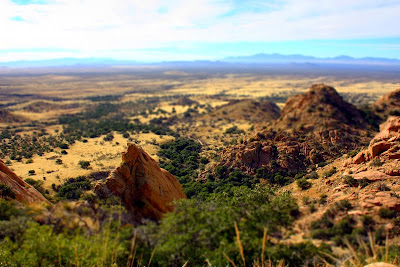 It is astounding to me that Arizona has so many incredible landscapes all in one state. If I didn't know better, I could have mistaken the Stronghold for Africa. Wait, I think I see a giraffe!

I've been writing bi-monthly articles for The New Southwest's Living with Urban Wildlife Series. Here's one from a few months ago. I'm waiting for my scanner to arrive so that I can upload my latest on what else but, THE SPADEFOOT TOAD!

It’s that time of the year again when the hot summer weather starts to make us all act a little batty. Well, we aren’t the only ones! Tiny winged mammals in the form of, you guessed it, bats, are quite active this time of year. And lucky for us, there are many of these little guys right in town.

Before you go asking yourself, “Did she really just say lucky?” let me explain.

Those bats have gotten a bat rap. They aren’t the blood thirsty disease carriers that folklore so often leads us to believe. The risk of contracting rabies from a bat is actually quite rare; you are more likely to be struck by lightning. In actuality, these little furry guys are amazing creatures that do a lot for us and the Sonoran Desert we call home!

Bats are very important to our desert ecosystem because many are vigorous pollinators (the main source of pollination for the Saguaro cacti) and also help to disperse seeds. Those that aren’t busy pollinating are working hard to keep our insect pests under control. You can thank these furry fellows for reducing the number of mosquitoes (the true blood-suckers) that bite you this summer. The insectivore bats also help to reduce the population of insects that damage crops.

Impressively, bats have been occupying this Earth in nearly the same form for about 50 million years and occupy every continent except for Antarctica. One in four mammals on our planet is a bat. Bats are unique in the mammal world because they are the only to have developed true flight.

Sadly, bats are also one of the most

threatened land mammals in North America, with roughly half of the 45 species listed as threatened or endangered. Habitat loss and pesticide use are among the main threats to these important animals.

Also, public misconception about the danger of these animals often means removal of bats from areas where they have set up residence. Because they live in large groups and most bat mothers give birth to only one pup per year –one act of vandalism can destroy thousands of bats.

If you have a hummingbird feeder you may have already been fortunate enough to catch a glimpse of the two nectar feeding bat species that reside in Tucson. The Lesser Long-nosed bat and the Mexican Long-tongued bat both have long tongues perfect for sipping nectar from tight places. Typically, these species live in mines and caves, but will journey out at night to find food. When they aren’t drinking from Saguaros and Agaves, they may be draining your hummingbird feeder in a feasting frenzy. Typically, you will see them in the late summer and early fall.

is one of the best times

to see them here.

The Mexican Free-tailed bats, which live in colonies of great numbers, are migratory and live in Tucson spring through fall. One large colony lives under the Campbell Ave. bridge at the Rillito River. You can watch thousands of bats take flight around sunset every night as they chase their insect dinner off into the sky. It’s a pretty incredible sight!

Of course, with any wildlife, it’s important to keep your distance for the health of the animal and yourself. If you see a bat crawling on the ground or acting strange, do not touch it as it could be a sign that it is sick. Watch them from a distance, listen to their unique squeaks of echolocation, and be amazed by their incredible ability to maneuver in the dark as they take ownership of the night skies. I fell in love with New Orleans! New Orleans prints are available in my shop.
Posted by Kim at 2:00 PM 2 comments:

It's that time again!

The monsoon season is finally here! And guess who makes an appearance when the rains start coming? The Spadefoot Toads! Let's celebrate :)
Posted by Kim at 1:55 PM No comments:

Sending some love your way Email ThisBlogThis!Share to TwitterShare to FacebookShare to Pinterest
Labels: Photography

Arizona, I love you!

Well, it has been nearly three months since I have posted here. You've probably forgotten about me and I wouldn't blame you! Life's been busy. It seems like I have more hobbies than ever, but I can't say I'm not having fun. Yesterday I had the chance to go to Cochise Stronghold with some friends. We primarily went there to climb, but I was armed with my camera too. Here are some of my favorite shots from the day. Enjoy! 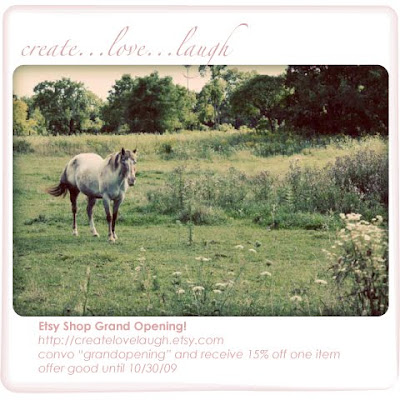 I haven't felt like saying much in the way of words lately, but here are some pictures from the incredible day I had yesterday with my mom.

Kim
I am a landscape designer and a photographer. I love finding inspiration in the world around me, painting with plants, designing unique concepts, obsessing over details, capturing glimpses of emotion, and finding little bits of love in everything.

What's she talking about?

Blogs I can't get enough of: